According to industry statistics, in 2018, 20.59 million kilowatts of grid-connected wind power were added, and the cumulative grid-connected installed capacity reached 184 million kilowatts, accounting for 9.7% of the total installed power generation capacity. In 2018, wind power generated 366 billion kWh, accounting for 5.2% of the total power generation, an increase of 0.4 percentage points from 2017. In 2018, the average utilization hours of wind power nationwide was 2,095 hours, an increase of 147 hours year-on-year; the annual abandonment of wind power was 27.7 billion kWh, a year-on-year decrease of 14.2 billion kWh, and the average abandonment rate was 7%, down 5 percentage points year-on-year. The condition is obviously alleviated. 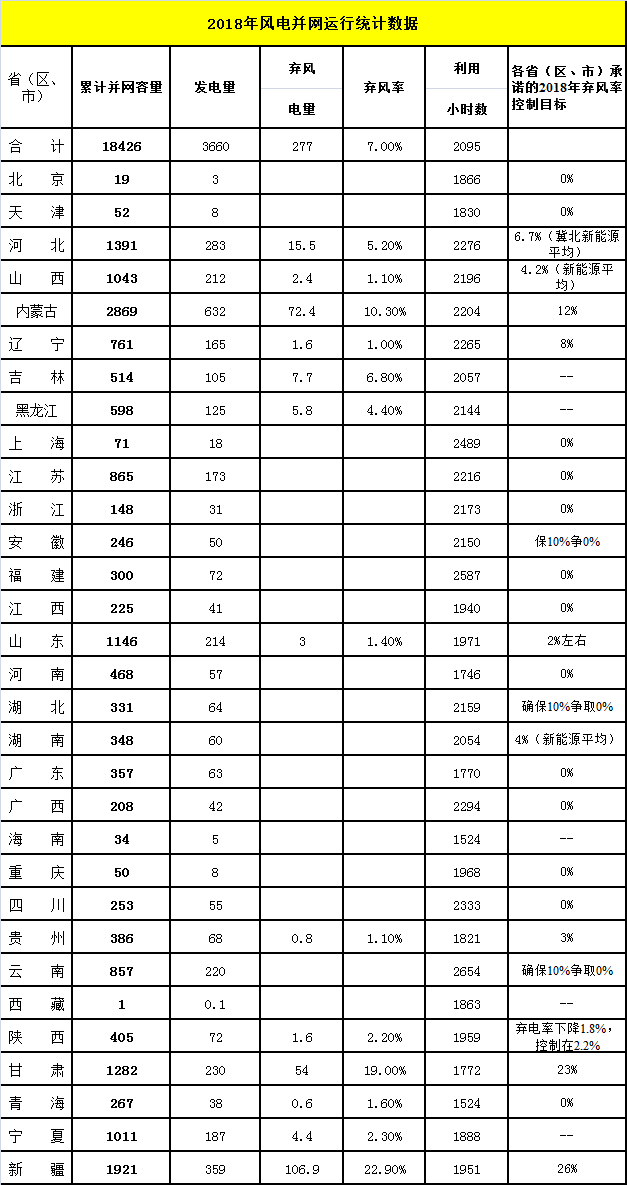